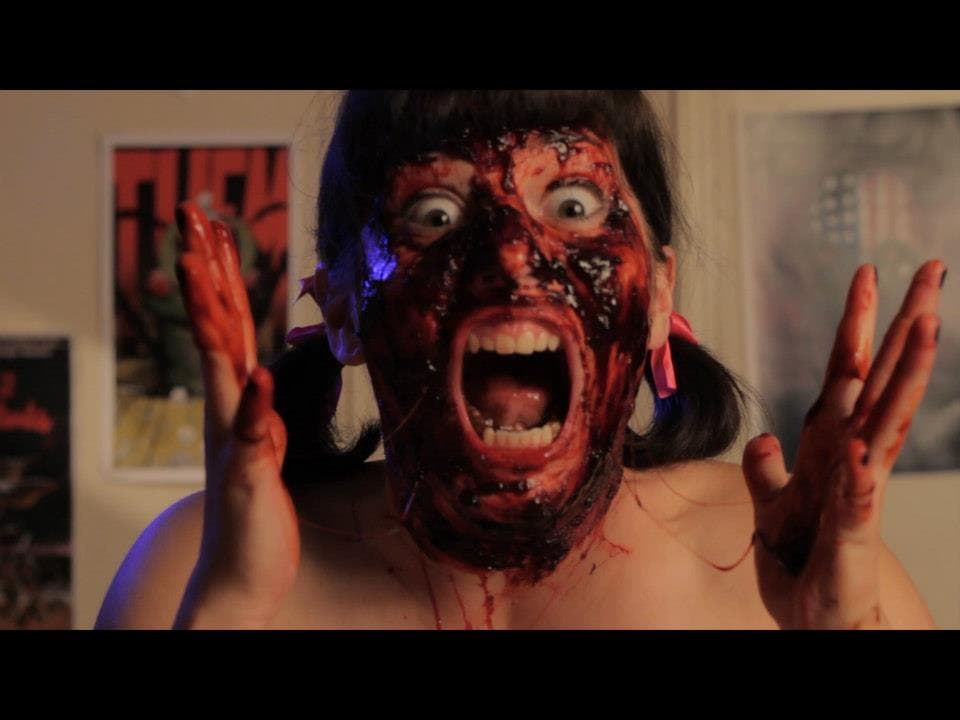 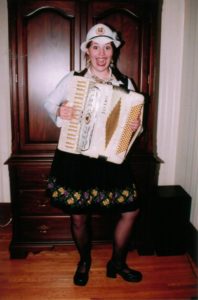 What would you do if someone saw you in a play, asked you out for Affogato and offered you a part in an indie horror film? That’s what happened to actor, Haley Walker, who plays Lily in Impossible Horror which will have its world premiere at Toronto After Dark Film Festival on October 16, 2017 at 9:30 p.m. To get into her story, I wanted to interview Haley Walker about her experience with the film from start to finish, and how she developed the process to create Lily and keep her consistent throughout production.

E: So you were brought into Impossible Horror towards the end of pre-production as an actor playing the role of Lily. Can you tell our dear readers how you came to be involved with the film and what your first thoughts were when you read the script?

H: Well it was Nate (writer and producer) who first approached me with the role. We knew each other from high school, I was doing a play in the Toronto Fringe at the time and he came to see one of my shows. After the show he came up to talk to me and pitched the idea. We went to a cafe, got Affogato, sat in Trinity Bellwoods park for a long time…we talked for so long! He told me everything! I felt like this project was a big deal. When I first read the script I was like, whoaaaaa…this is unlike anything I’ve done before. I had never done a horror movie.

E: Do you think that you and Lily have any similarities? What are they? What are the big contrasts between you and your character?

H: Lily feeds off of the art that inspires her. I totally relate to that. I need creative outlets, too! She likes to bury herself in it, it’s like her energy source. There’s almost always a movie playing in her apartment, much like how I’m almost always listening to music. Sometimes I lose meaning in an album I love or a book I’m reading and it’s hard to get back into it. I feel disconnected, it’s like I’ve lost a bit of myself. But then I find something new, attach myself to that, and then after a while I can go back to where I was before and find new meaning where I couldn’t previously. I think Lily goes through a similar process. But I think she’s more gutsy than I am. She gets pushed to the point of exploring these things that haunt her, and she enjoys it. I couldn’t do that. If something was haunting me, I’d run away.

H: I did a lot of staring at myself in the mirror, practicing facial expressions and saying lines. I do this a lot, actually. I talk to myself a bunch when I’m alone.

E: We shot the film over about a year and a half, and recorded some ADR and extra lines for your character here and there as it developed. How did you keep Lily consistent throughout this long timeframe? Even last month we had you in to record a few new lines – what did you do to get back into the Lily headspace?

H: This was so hard. Oh my god. Conversation with the director was super important for me & my process. There wasn’t much that I could do beforehand, just being in the space where we were shooting was what helped me. The fact that we did ADR and other sound stuff in the same apartment where we shot a lot of it was good for keeping me consistent. We’d always meet in that apartment regardless of where we were shooting, so I’d get into costume and do my makeup there. I became Lily in there every day. Just being in it brings me back to her.

E: Now that we know how you work – fill us in on what it was like for you to perform with the mental constraints of working in the middle of the night for two and a half weeks?

H: Wild. Just wild. I am not one for pulling all nighters anymore, at the time it wasn’t as hard as it is for me now. It was still hard though. I remember being totally content with napping on a cold, hard floor. That process was my first time working on a feature and also working with a cast & crew that doesn’t consist of my old friends or classmates, so I got early exposure to a different and, in some ways, more difficult process!

H: It was very hard to stay focused when everyone is running on a lack of sleep and we’re seeing each other basically every day for weeks straight. It got loopy. We all got loopy. There’s not much you can do in a situation like that besides check out after leaving the set. Leave it at the set and come back to it later, don’t take it with you. Even that was hard to do, but you do your best. And we had days off so I’d just relax on those days.

E: There’s a pretty significant dynamic and character shift in Lily from the start of the film to the end which is remarkable to watch on screen, it’s almost as if Lily becomes a completely different person. Can you walk us through the choices you made to bring Lily to such a dark place?

H: Well I think a lot of it came from outside factors. Despite shooting scenes out of chronological order, the jumps in time weren’t too drastic which helped me stay in touch with Lily’s transformation. The very first scene in the movie was the first scene we shot, and the very last scene was one of the last scenes we shot, so by that time I had been through so much. I had become comfortable in the apartment, comfortable with the cast & crew, I knew the story well…I had spent so much time with this film. I had time to get comfortable with Lily which made playing the shift easier. Plus, I was running on a messed up sleep schedule and my diet consisted of mostly bagels, so that definitely changed something in me. As I grew and changed, so did Lily.

H: Getting absolutely soaked in goo, blood, and whatever else you guys threw on me. I really love getting down and dirty for a film. And you guys were always very professional and adamant about health & safety so I felt comfortable!

E: Thanks, Haley! It was lovely to speak with you today! Regards!