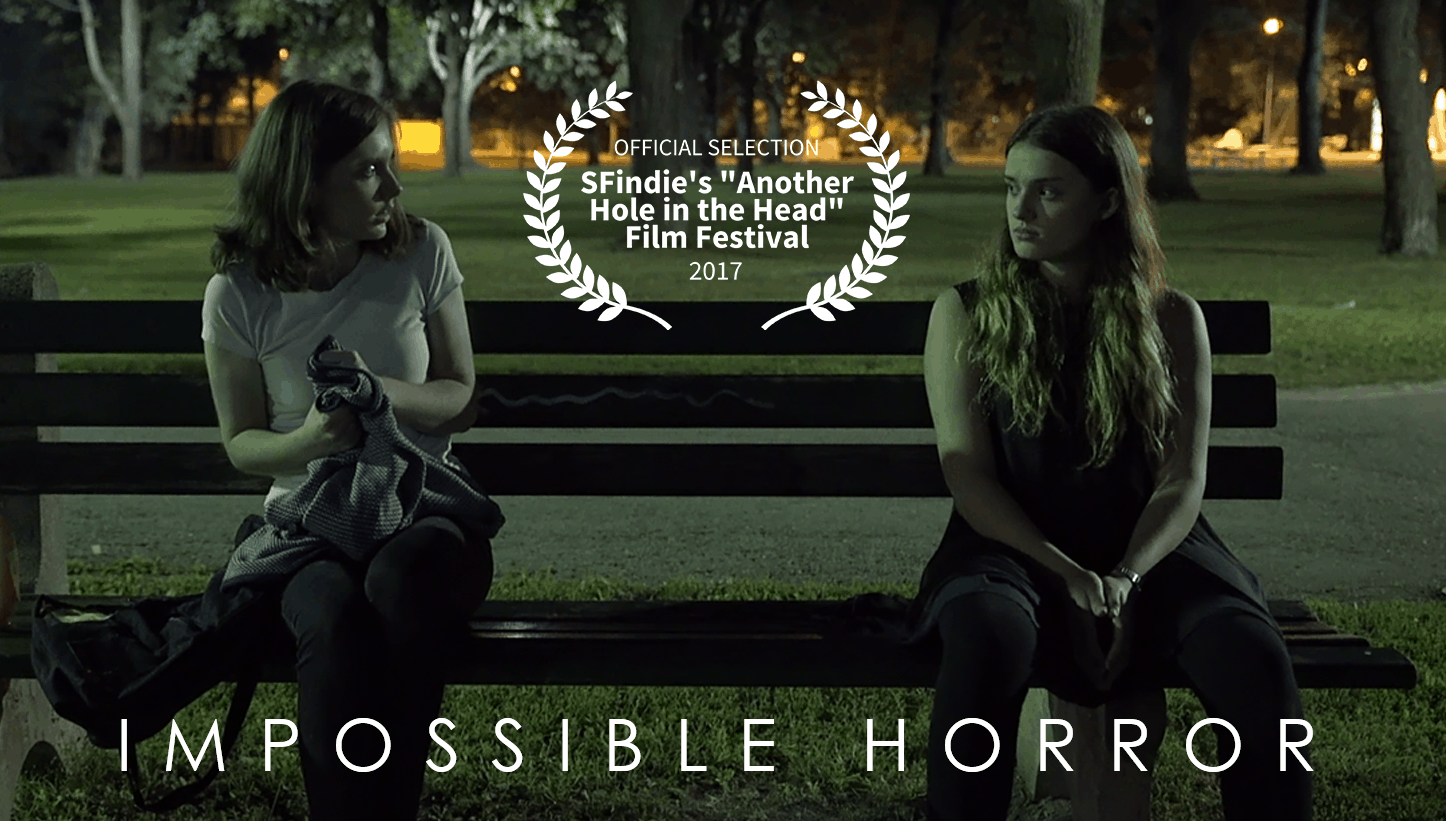 “We’re ready to take on the world and help to bring independent Canadian cinema into the international spotlight,” says producer Emily Milling. “Bigger budget Canadian films are often passed over in favour of American productions in film festivals, leaving independent Canadian productions with very little chance to be seen. We’re getting the opportunity to show off the talent that exists in Canada and we are extremely grateful to bring our film to SF Indie’s “Another Hole In The Head” Film Festival in San Francisco.”

In 2016, “Canadians produced only 71 fiction features in 2015/16 (a 10-year low)” (source) primarily due to an increasing interest in television and broadcast media in Canada, but this gives independent productions like Impossible Horror an opportunity to stand out on the international film circuit.

“My hope is that we can help to shine a light on the exceptional, creative products that independent filmmakers are developing in Canada,” says Milling. “Our friends and colleagues in Toronto work so hard, many of us with full-time jobs trying to produce films on the side with little to no-budget. The more that independent Canadian cinema is seen, the more I know we’ll see increased investment and interest in the medium.”

In Impossible Horror, Lily (Haley Walker), an insomniac filmmaker who is facing a crippling creative block begins to hear a sinister scream ring outside her window every night. Convinced that she must find the source of the scream, Lily heads into the darkness of her neighborhood and meets Hannah (Creedance Wright), a veteran scream hunter, close to finding an answer. The women quickly team up to solve the mystery, encountering unsettling silent figures and terrifying apparitions that ultimately lead them to an otherworldly threat that is driving its victims into madness.

Original and inventive, director/writer Justin Decloux explores the pain and frustrations of creative blocks with this horror allegory. Through Lily and Hannah’s pursuit of answers and inspiration in a world where creative resources are scarce, this story invites us to imagine the monsters we conjure ourselves, coming to life.