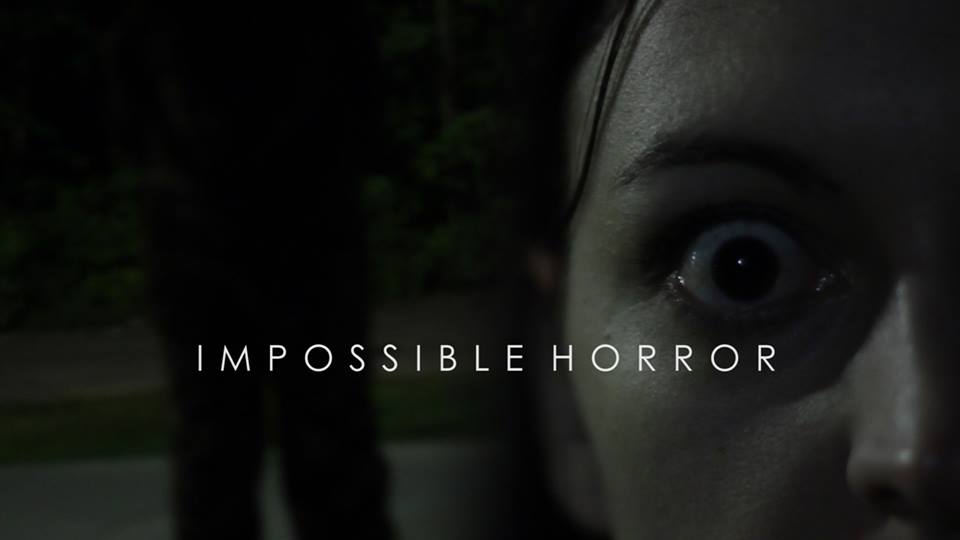 Impossible Horror is a new feature length horror film from Toronto indie filmmakers, writer/director Justin Decloux (Teddy Bomb, 2014) and producer/composer Emily Milling. The project is currently being crowdfunded on Indiegogo and the campaign kicked off to a booming start with over $2000 in donations.

“We are thrilled that the campaign had so much uptake in just the first day, we’re really excited for it to grow!” says Milling. “People seem to be excited about the story that we want to tell and the fact that we have really strong female characters to drive it.”

Impossible Horror features two female leads, searching for the source of a nightly scream that echoes throughout their neighbourhood. The characters soon find themselves being hunted by the very thing that they are hunting. Stylistically the film is a mix of Evil Dead 2, Phantasm and The Ring with a dash of artistic obsession straight out of Fitzcarraldo.

The production team have previously worked together on several projects, capitalizing on local resources and their own ingenuity to make micro-budget pictures. In order to finish financing Impossible Horror, Decloux decided to launch a crowdfunding campaign.

“We took our campaign to Indiegogo because we want to bring Impossible Horror to the next level,” says Decloux. “We want this film to be on par with other productions like Mike Flanagan’s Absentia.”

The campaign will run until July 4, just before the film begins pre-production. Contributors will be treated to exclusive updates and behind the scenes footage during production.

Justin Decloux is the director of the short film We’re in a Fight, co-host of the Laser Blast Film Society at The Royal Cinema in Toronto and is a rabid lifelong cinephile. He has promised to stuff every second of Impossible Horror with his love for the horror genre and terrifying storytelling.

“Horror films are the most visceral form of cinematic expression,” says Decloux, “and I’m incredibly excited to bring my love for the genre to the screen.”

The campaign includes perks such as an exclusive Blu-Ray version of the film, soundtrack, t-shirts and an opportunity for funders to have their screams featured in the film.

Every night a scream rings out in the same neighbourhood. Two insomniac strangers, Lily the filmmaker and Hannah the game designer, head out together into the darkness to find the cause. Is it a psychotic killer claiming a new victim? A murderous ghost out for revenge? A flesh eating monster? All of the above with extra chainsaws? Before they know it, Lily and Hannah have gone from being the scream hunters to the scream prey and an evil force wants them dead. If they can both survive the night, they may just find the answers they’re looking for, but the price will have to be paid in sanity and blood.